An 8-Week Group Coaching Program to Master the Flow, Frequency and Energy of Money

An 8-Week Group Coaching Program to Master the Flow, Frequency and Energy of Money 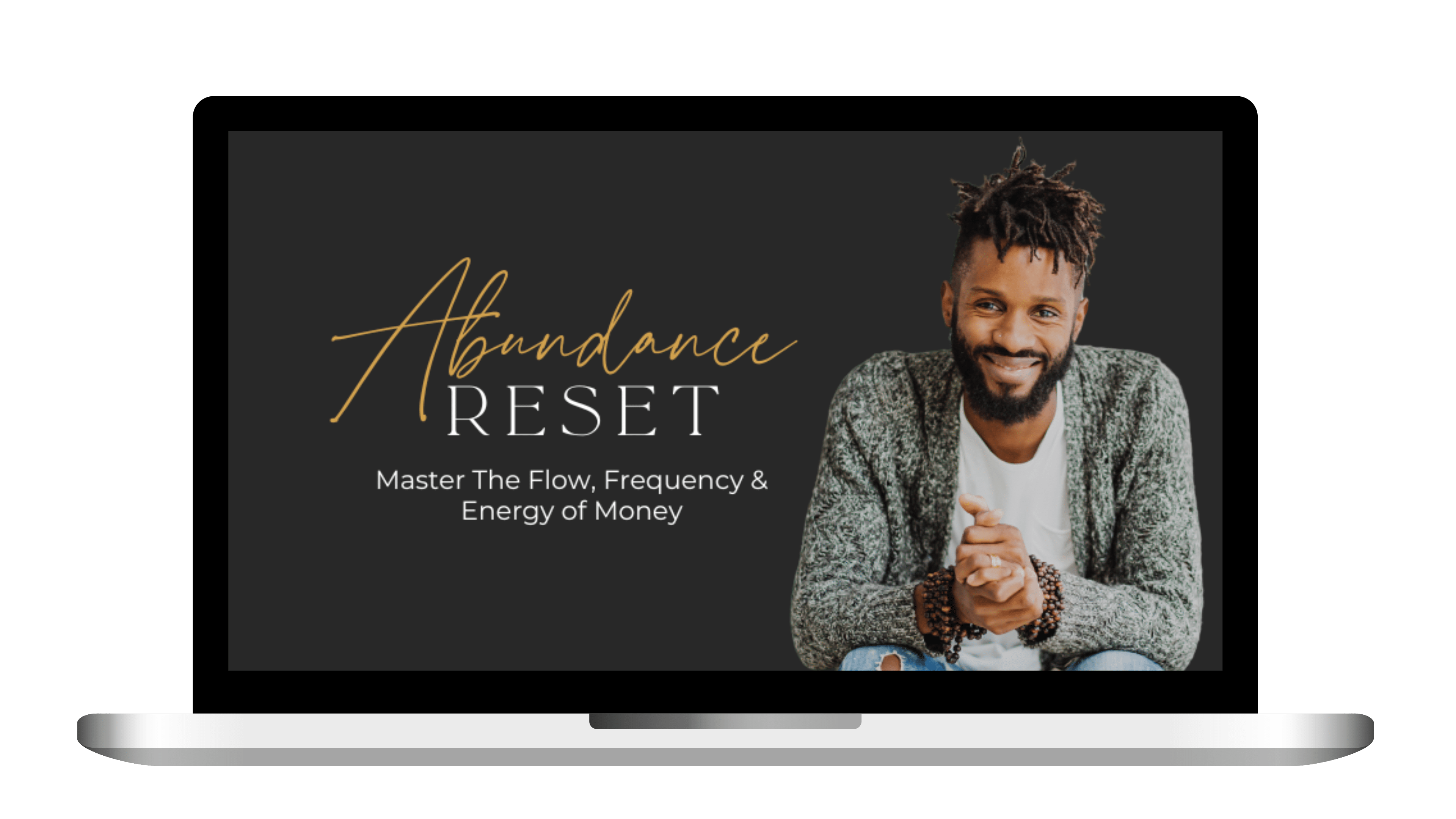 Reprogram Your Behaviors, Rewrite Your Beliefs, and Resolve the Somatic Blueprints Around the Biggest Money MYTHS

Here's how it all works!

Starting Tuesday, January 10th, join me and an intimate group to coach, process and rewire together.  This is where 90% of your transformations will take place as we move through deeply personal abundance or worthiness blocks

Once you join this program, you'll also get access to recorded video trainings, which begin on January 10th, that will aid in your personal Abundance Reset. These trainings will also contain assignments to complete during our 8-weeks together.

The workbooks are designed to APPLY the learnings to a particular block, challenge or desire in your life.  Each workbook contains questions, exercises and coaching distinctions that I use with my private clients to break through some of their biggest blocks and limiting beliefs. You can also use them as guided questions for self-coaching throughout the program (and ongoing!).

This program is not just about learning - get ready to be ON YOUR TOES, taking action so you can integrate & embody your learnings. As you know in my world, they will be SIMPLE steps, though they will be edgy and massive teachers for you and your nervous system.

This is where we will post our assignments, #WINS, realizations and interact as a family together. I will also have challenges inside of the Facebook group.

If you've been in my world before, you know that there is no room for HIDING. Get ready for some beautiful accountability with people who are diving into the work with you at the same time. 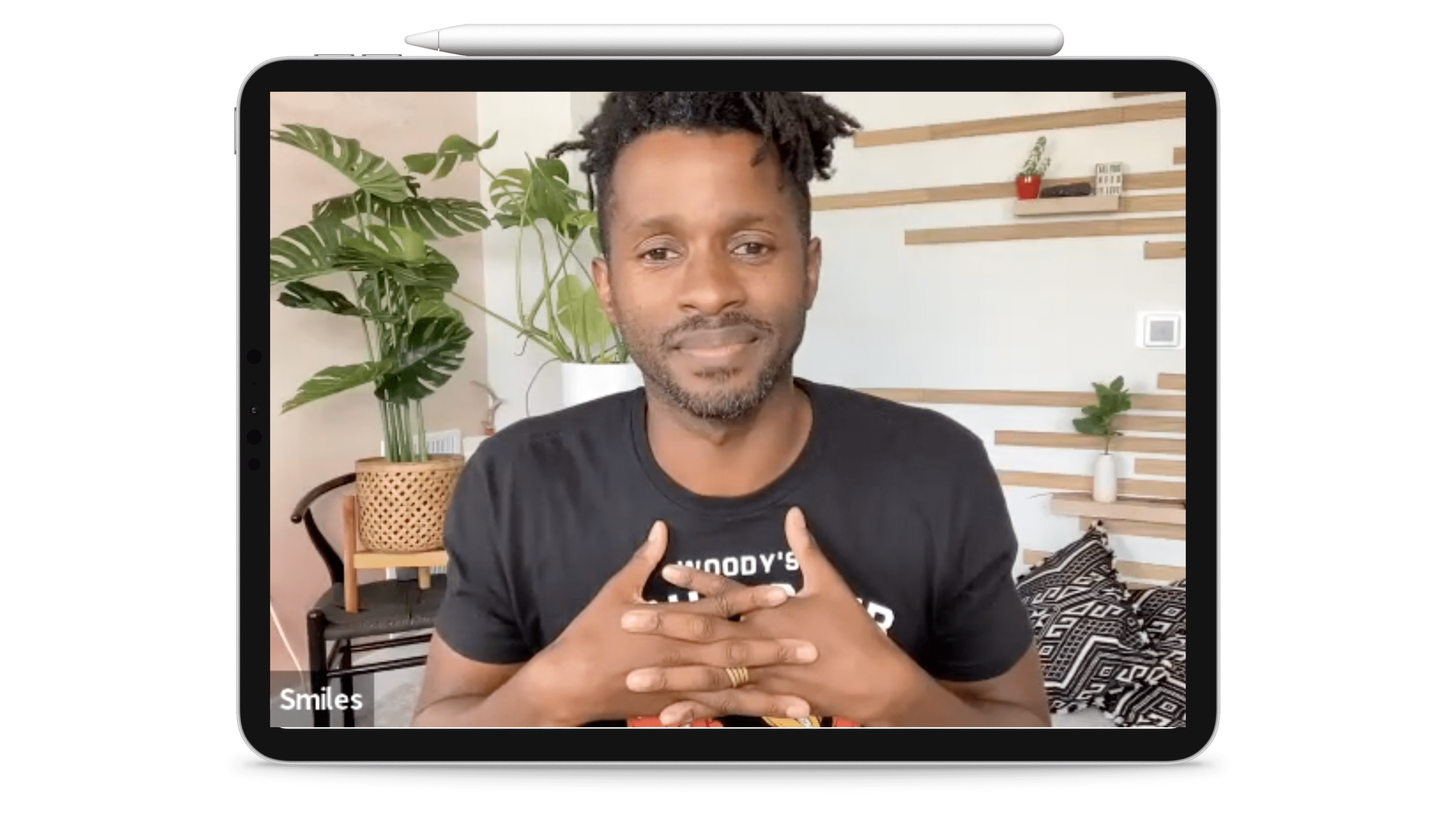 Plus! Your Early Bird Bonus

Plus! Check out these 4 limited-time bonuses!

Receive 4 Additional Trainings When You Enroll By Midnight On Thursday, October 13th 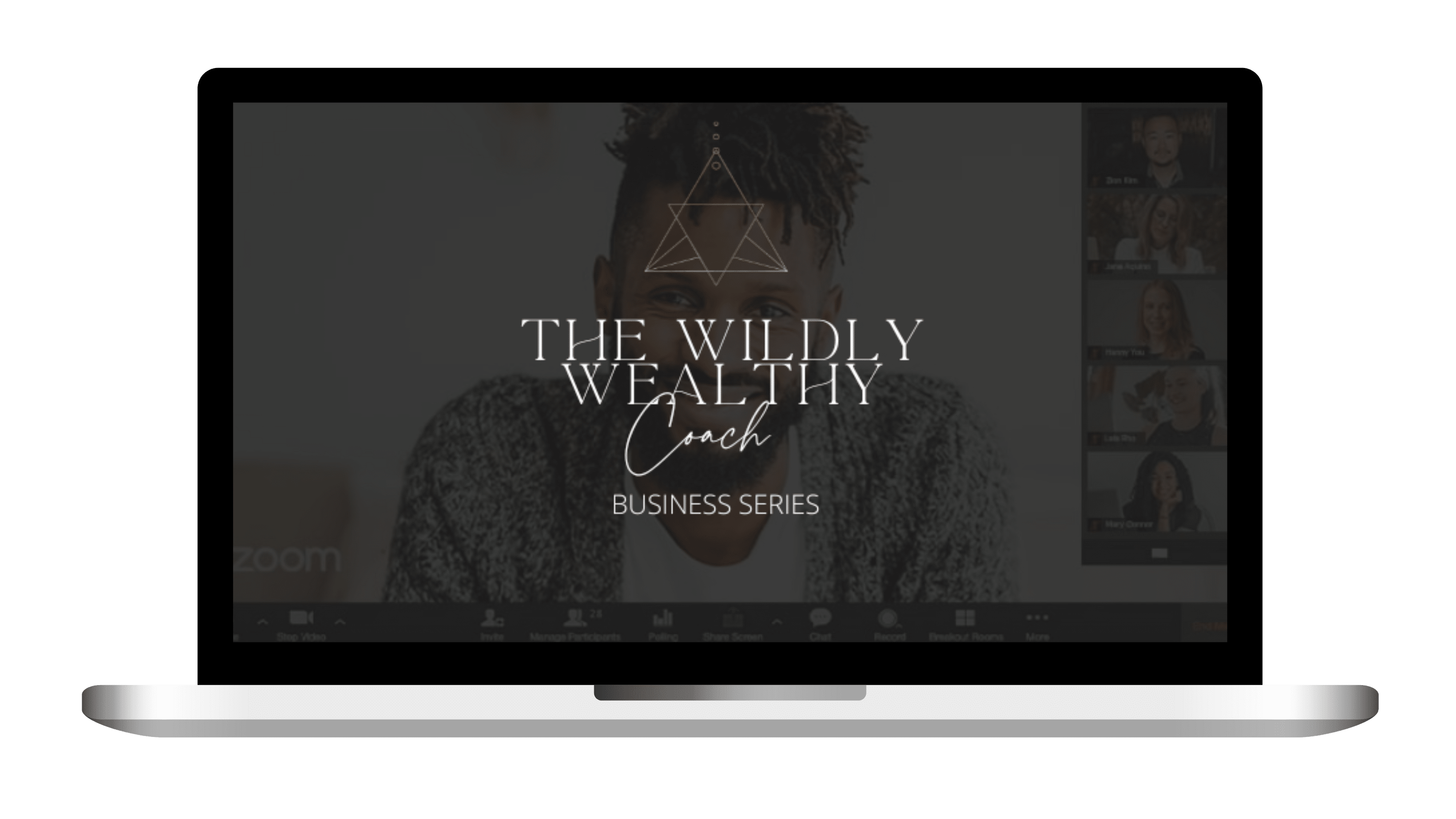 WITH PRESTON SMILES
What it includes:
LIMITED TIME BONUS #1 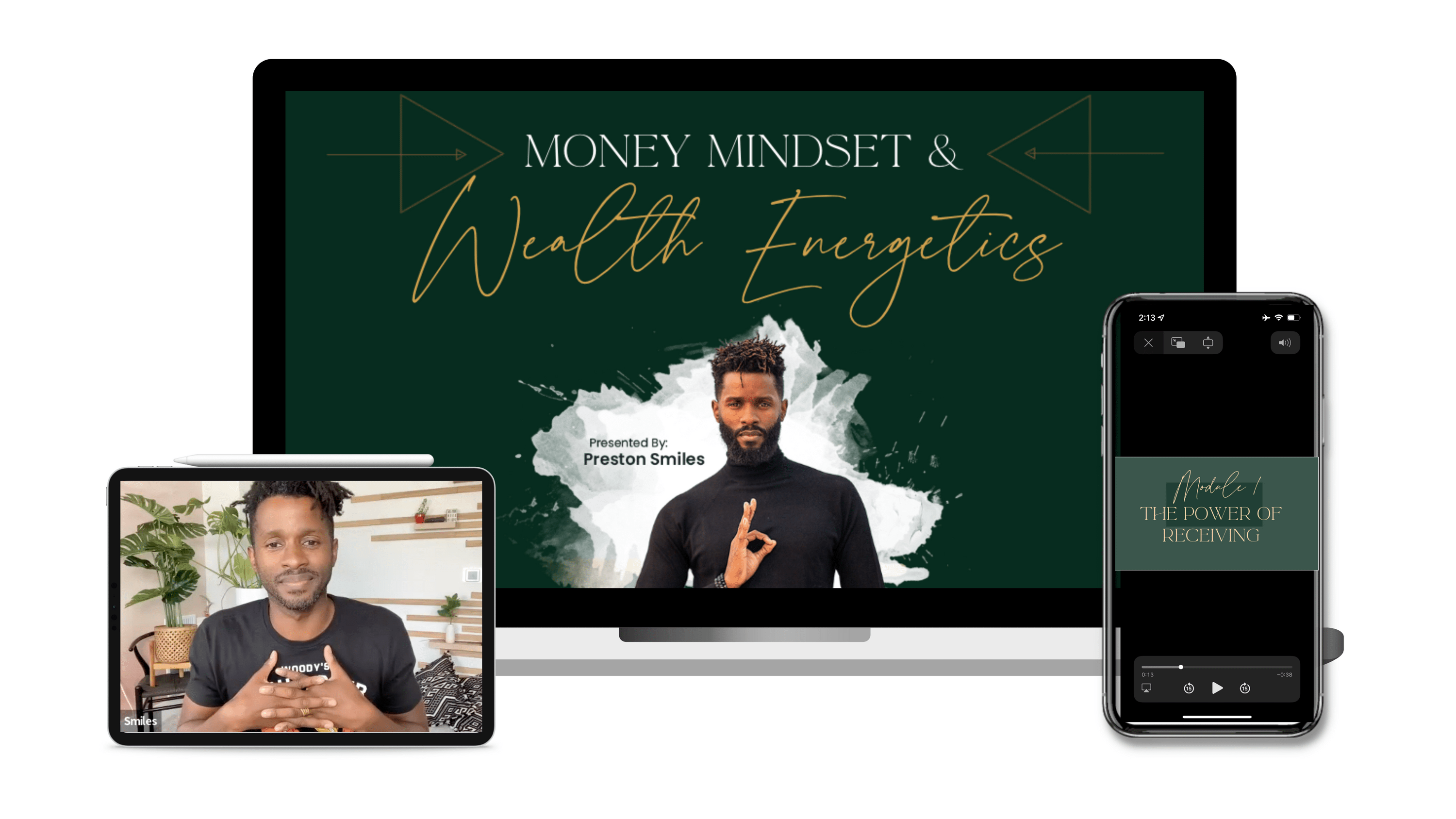 WITH PRESTON SMILES
What it includes:
LIMITED TIME BONUS #2 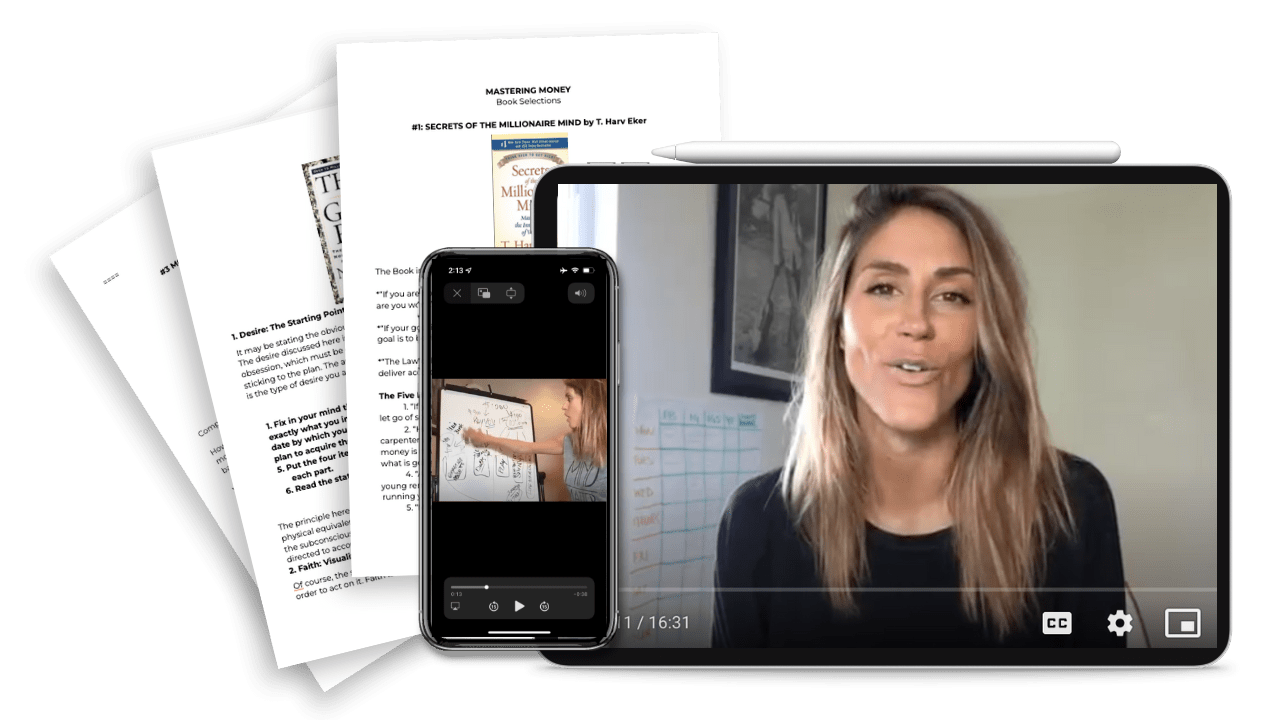 WITH ALEXI PANOS
Learn with Alexi Panos, my wife, in an in-depth training on money management and organizing your personal bank accounts. This is to ensure that you are making strategic long-term money plans and always operating from a space of PROFIT.
LIMITED TIME BONUS #3 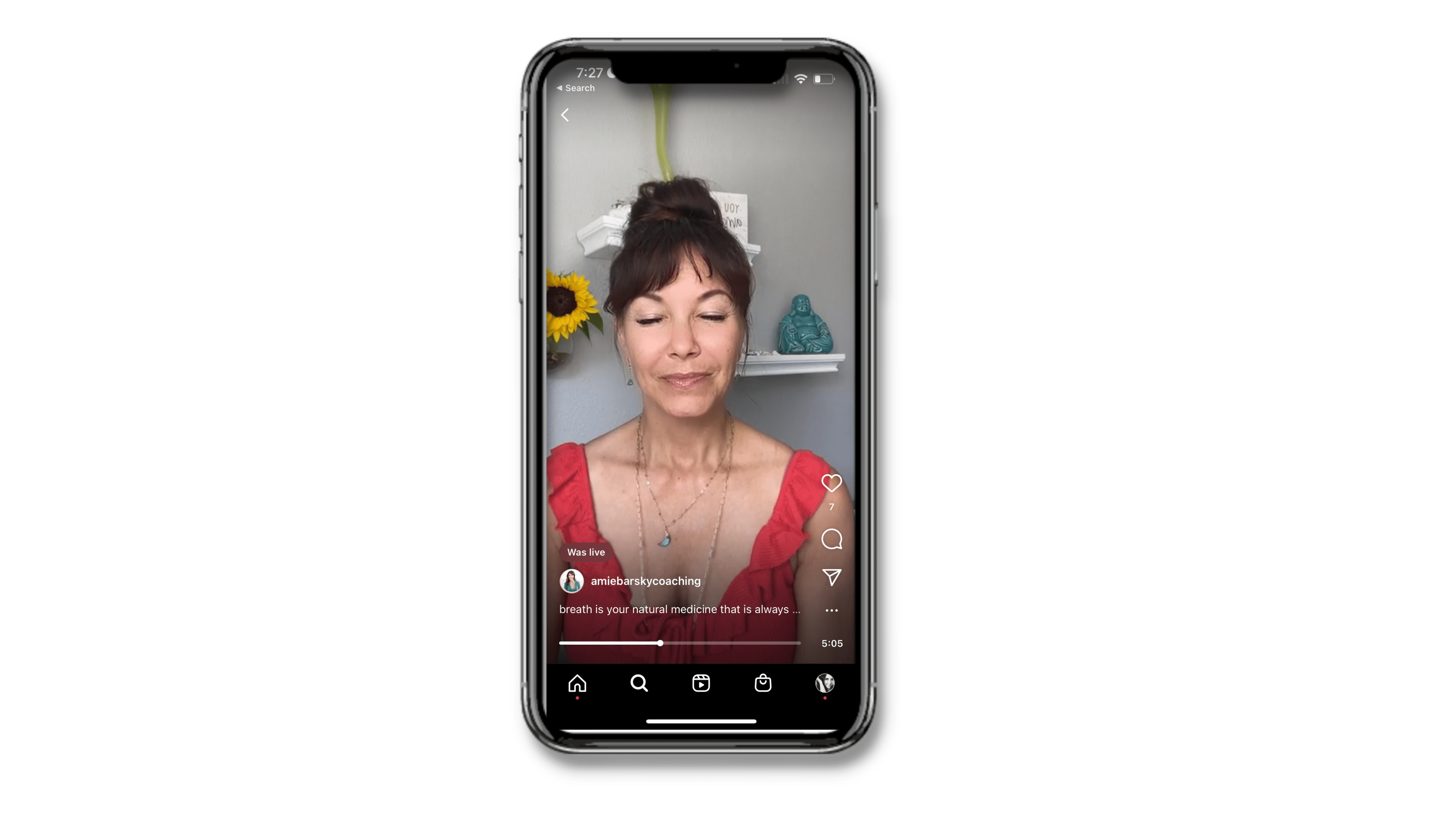 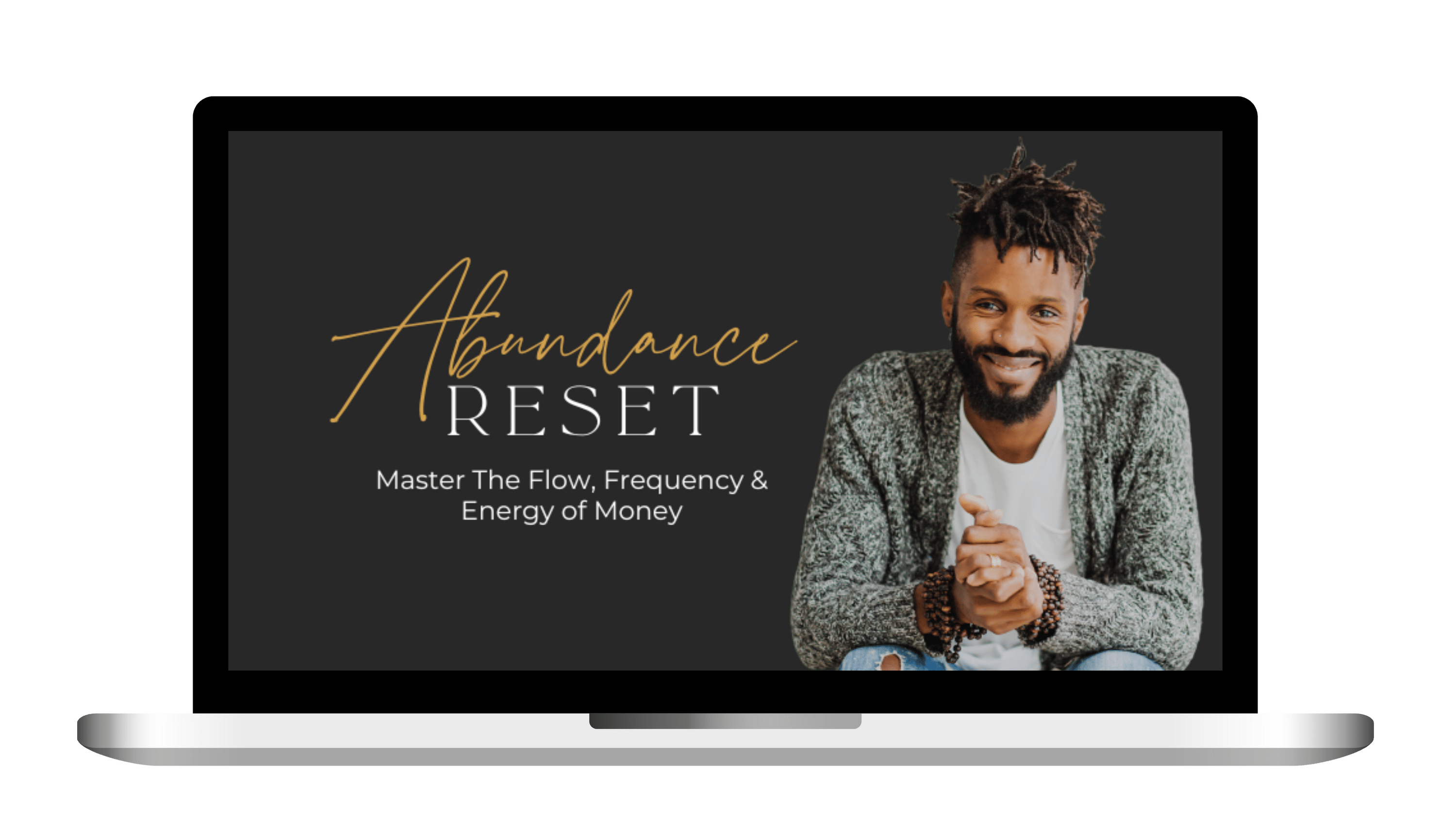 Choose the plan that's right for you:

What Other's Say About Preston

This work with you has opened up the ability for us to 4x our income in such a short time. We now have those $30-50K months with EASE.

"He is the full embodiment of what it means to walk the talk."

In a world where most people are just talking the talk…He is the full embodiment of what it means to walk the talk. If you ever have a chance to learn from Preston run towards the opportunity because there’s a big line of people ready to take your spot

Coaching from Preston Smiles has given me 10 years worth of tools in less than 1 year.

So let’s break this down!

Here's Everything You’ll Get With The Abundance Reset:

And let's not forget these Free BONUSES when you enroll by October 13th at Midnight!

Because This is a High-Touch Group Coaching Program, The Price WILL raise after Monday, October 17th.

Your Total Investment For The Course Is Only $997

So let’s break this down!

Here's Everything You’ll Get With The Abundance Reset:

Your Total Investment For The Coaching Experience Is Only $2997

"I’ve more than doubled my income and am on the road to hitting 7 figures in my business..."

Working with Preston over the past two years has been truly life changing. I used to focus on chasing the abundance that was right in front of me. It kept me busy and I was maxed out.
Preston taught me how to see the bigger picture and understand how to focus my energy in order to tap into the true nature of abundance.
Now, I not only have an abundance of money (I’ve more than doubled my income and am on the road to hitting 7 figures in my business), I also have an abundance of time and a sense of spaciousness that allows me to really enjoy my work and the beautiful life I have built. In the past year, I paid for my dream wedding, bought a home in Los Angeles, had a baby, took maternity leave, and am so grateful to have plenty of time to enjoy my growing family and the beautiful abundant life I have built - all while still being able to show up for my business and make a huge impact living my purpose.
My whole life has been up leveled thanks to P!! 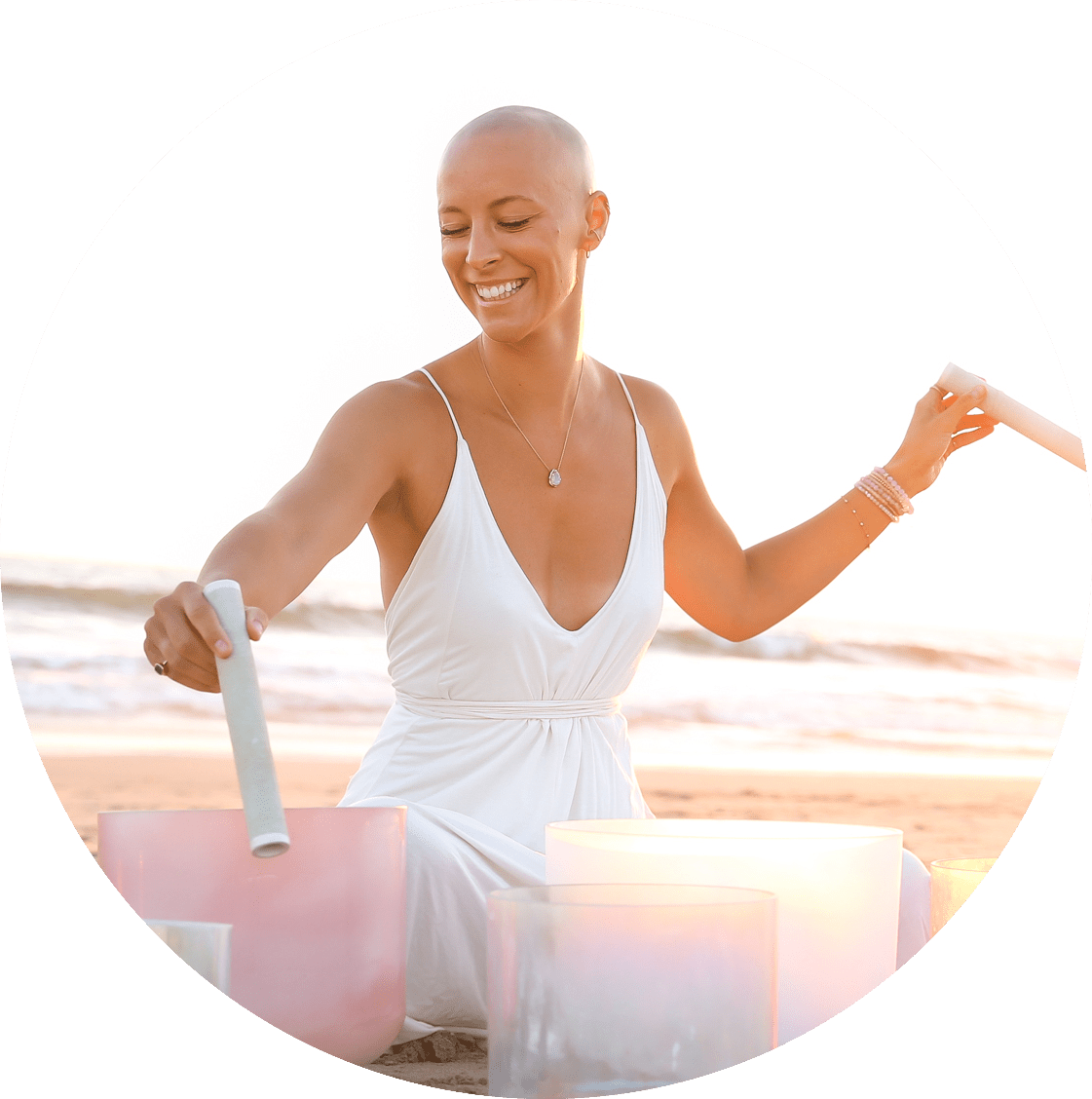 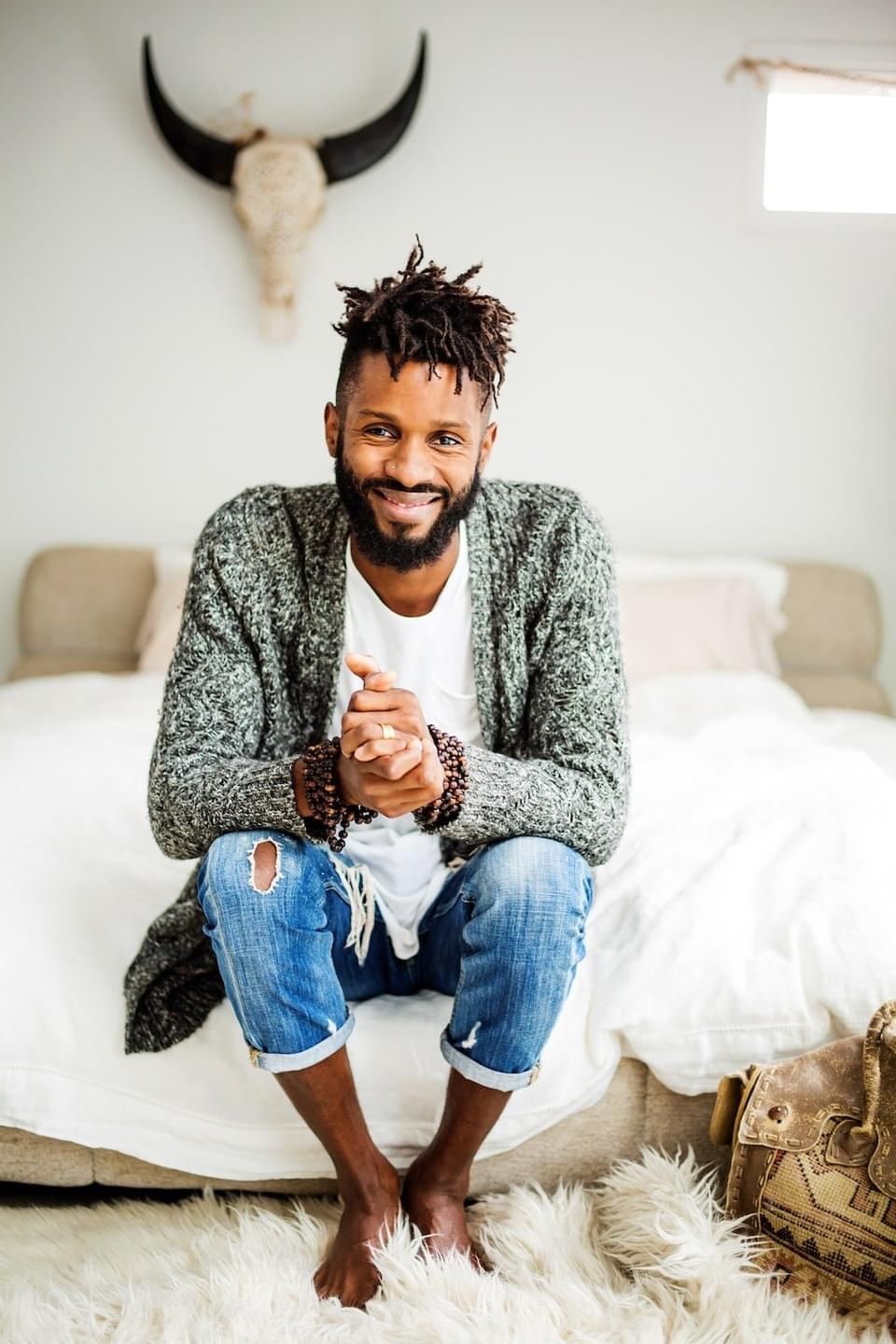 He's been featured in Forbes, Cosmopolitan, LA Weekly, Los Angeles Magazine, Origin Magazine and many others. He's also a contributor to Huffington Post, The Daily Love, Good Guy Swag, and has appeared on top podcasts such as Lewis Howes’s The School of Greatness and Addicted2Success.
Just 7 years ago, Preston was living in his mom's basement, making $40,000 a year.
By rewriting and reprograming his beliefs around wealth and abundance, and discovering the spiritual laws of success, Preston was able to quantum leap his growth and become a 7-figure coach in just 3 years.
It is now his mission to support people from all walks of life to "escape the matrix", tap into the vibration of abundance, and follow their divine curriculum.
He is the loving a** kicker you've been waiting for.

Still on the fence?

Read What People Say About Preston: 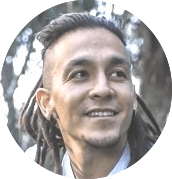 "Without his incessant encouragement...I would not have reached the target I had myself."

Simply knowing Preston has shifted my beliefs on what is possible constantly over the last seven years.
Without his incessant encouragement, optimistic outlook, and enthusiasm for life, I surely would not have reached the target I had myself. Not only have I reach those targets, I am now aiming for bigger ones than I ever thought possible! 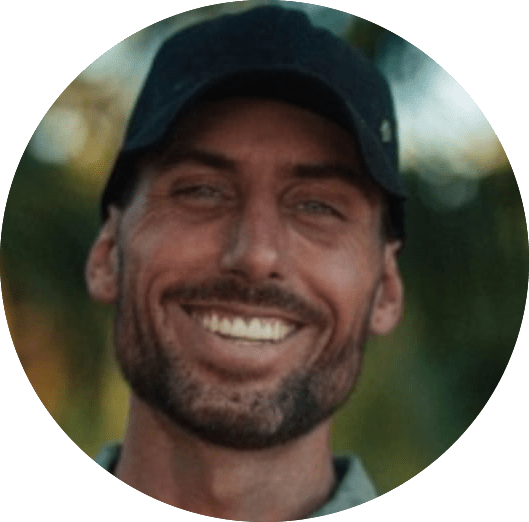 "...If you want to learn about the full spectrum Abundance, Preston is your guy"

Got Questions? Ask Away!

When does the course start?

We start January 10, 2022 with a LIVE 60 min coaching call. That’s also when you will receive access to all your course material and bonuses.

Is the entire course live?

Yes! I will be meeting with you live for 60-min every single week, which makes this the highest touch group program I currently offer.
In addition, there will be pre-recorded modules, trainings and workbooks for you to go through that accompany the coaching topics.

Will you run this again in this future?

Yes, but it will likely be offered as an Evergreen Course that anyone can take at any time. That means future rounds will likely not include the live coaching element, and will just receive the recordings.

What is the time commitment?

Nope! Once you enroll, you will have unlimited access to all course content (and bonuses, if you purchase before the early bird promo ends). This is the type of content that you’ll want to review over and over again.

What if I miss a call?

Every single one of our coaching sessions will be recorded and uploaded to the course portal within 24 hours.
Don’t worry about missing a call - there will be plenty of opportunities to submit your questions and be coached. You will also 100% benefit from hearing others being coached (even if it’s a recording).

Are my results guaranteed?

This material works 100% of the time, for 100% of people who apply it 100%.  As with everything, you will get out what you put in. I’ve designed this course be SIMPLE (not easy- but implementable for ANYONE), with laser coaching to support you in what gets in the way of you taking action.

What the difference between The Abundance Reset and other money mindset programs?

Most programs in the market will teach concepts, but do they honestly get you IN THE GAME, on your toes, triggered and afraid? If you’ve been in my world before, you know that there is no hiding and that we go right to the core of the trigger or challenge.
I will also be focusing both on the ENERGETICS and on the NITTY GRITTY.

What if I have other questions before enrolling?

Please feel free to drop a note to [email protected] My assistant, Melanie, will get back to you and support you in making a decision on whether this program is for you.

Choose the plan that's right for you: 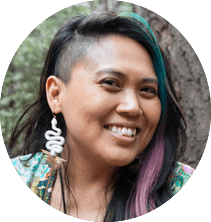 All areas of my life have opened up to receive the greatest riches I’ve ever had the pleasure to experience…Love, wealth, and freedom.
Preston has a way of extracting the best parts of me and allowing me to be in my fullest expression and be confident and clear about who I am and how I serve the world.
I made my first 100k year and I still have 4 months left in 2022 while working with him!
If you’re sitting on the fence on whether to work with Preston or not, let me be your sign. I’m living proof that this man is the real deal. He is here to hold you while you step into your ability to fully receive abundance, wealth, and prosperity.

"Preston helped me free myself from so many of my limiting views around money..."

I would not be where I am without Preston. When I first hired him, I was living paycheck to paycheck & was tightly attaching my feelings of worthiness based off of how much money I had in my bank account.
Preston helped me free myself from that and so many of my limiting views around money, like guilt for receiving it, receiving money for my coaching business, etc.
Once I integrated the frameworks and stretching assignments Preston gave me, I found myself having some of the biggest months in my coaching business to date. I moved into my dream home in Austin & was able to afford it with ease. Most of all, I felt so FREE from playing what Preston calls the “outside-in” game. I started tapping into the abundance within & started seeing it everywhere, in every aspect of my life.
I could not recommend working with Preston more. He has helped me uplevel every part of my life & become the woman I’ve always dreamed of being. 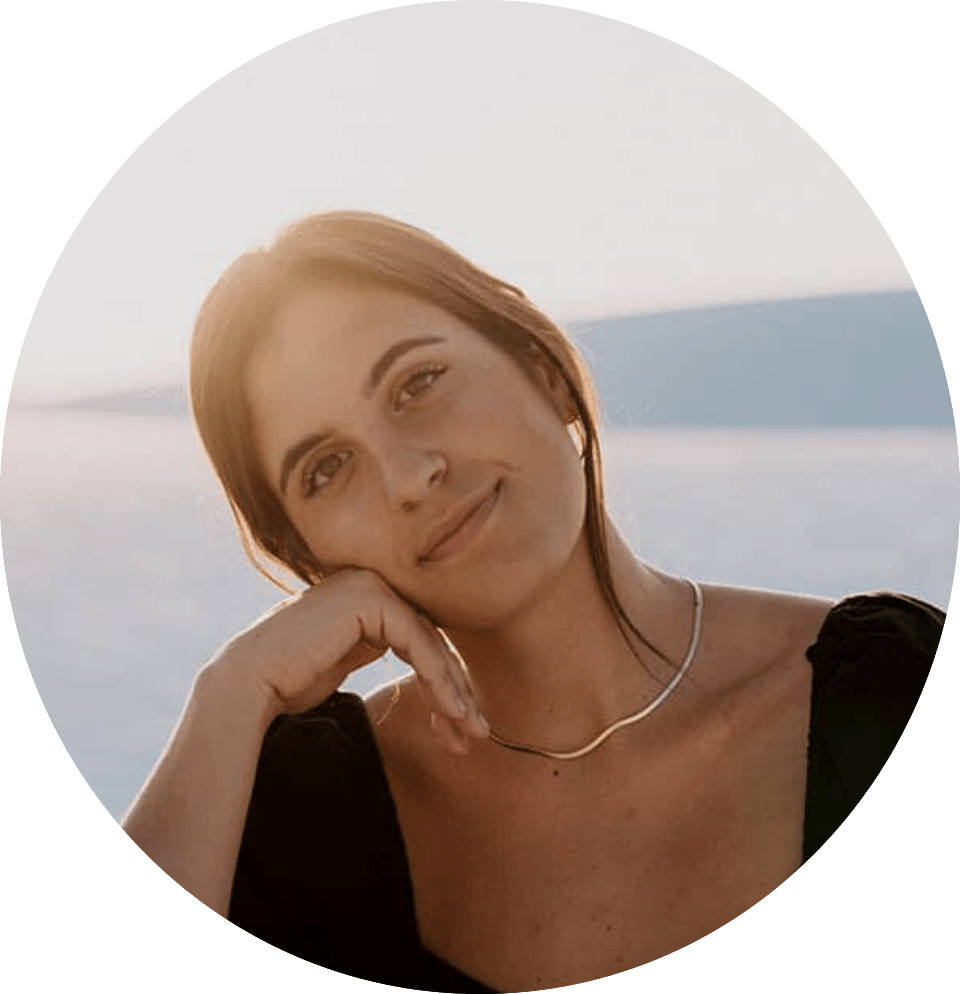